Sticky Post By Seth Perkins Posted in Blog, Film With No Comments Permalink
May 9, 2012 Seth Perkins

Today was another one of those weird days in the sub-conscious.

Last night, while working on After Effects, I had The Hunt for Red October playing on Netflix.  I hadn’t watched the movie for years.  It’s excellent, if you haven’t seen it.  One of my favorite moments is in the first 10 minutes.  The crew on a Russian submarine is speaking in Russian (no surprise).  The camera pushes in on a character’s lips, and suddenly the actor switches to English.  The camera comes back out and resumes.  Just such a novel device and at a moment that takes us from this disconnect of reading words on a screen to hearing spoken passages from the Bible and the Bhagavad Gita interpreted through the mind of J. Robert Oppenheimer, the Father of the Atomic Bomb (and one  of the 3 people I would visit in a time-machine).  Such a beautiful moment telling the state of two nations locked in the Cold War.

But getting back on topic.: Today was another one of those weird days in the sub-conscious.

I woke this morning with the Red Army Choir playing in my head.  Something like this :

This became the FM station in my head throughout the day : selections by the Red Army Choir.

Ironically, YouTube decided to play an ad which interrupted the flow: 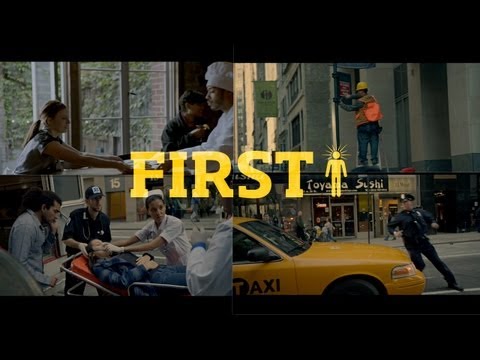 All I could think of was “The proletariat is right. The proletariat must always be right. And the revolution of the proletariat against oppression must go on . . . forever!”  That and Trotsky with a pickaxe in his head a la David Ives.

I ended up waiting for Kathryn at her office building while she was wrapping up some research.  I decided to take the half hour and read up on submarines, beginning with the Kursk (http://en.wikipedia.org/wiki/Russian_submarine_K-141_Kursk) and ending by reading on all the generations of Russian and American submaries WWII forward.  (Ain’t Wikipedia amazing?)

The only unfortunate thing is: in order to push in some more knowledge on submarines, I probably had to forget something.  Hope it wasn’t important.

Darkon
One of My Favorite Moments in Cinematic History
Movie Review : The Guard

You can find Seth at

A Tale of Two Sisters
Gate of Flesh
Afro Samurai